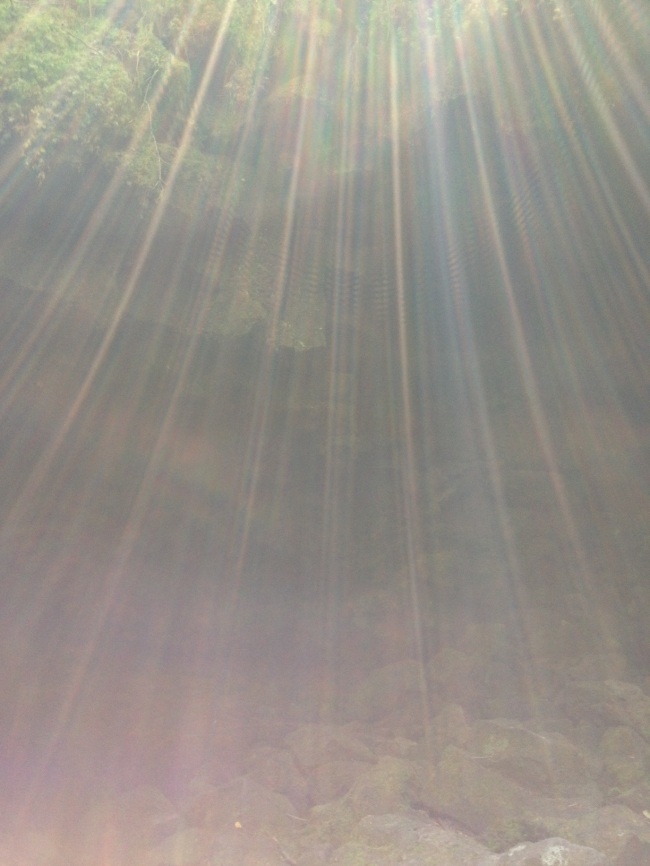 When Don invited me to go to the Ape Caves, I thought he was joking.

Did you say Ape Caves?

Ape Caves are the “longest continuous lava tube in the continental U.S.” (thank you very much Wikipedia) and are located in the Gifford Pinchot National Forest in Southwest-ish Washington. They are a balmy 42 degrees year round.   He thought we should hike it.

Hiking in the dark didn’t seem like the smartest idea, but it had been so long since I had hiked anywhere—sans oxygen tank—I was anxious to prove myself. There were times I was constantly trying to prove that I could handle things.

Carting an oxygen tank around at 36.

Friends getting cancer at an exceptionally high rate and especially young ages.

So—hiking boots firmly tied, flashlight and headlamp at the ready—we descended into the cave.   Its walls damp and green further and further down until they were bare and almost entirely dark. The floor was uneven and rough. I wanted my stride to be confident, handling each up and down of natural steps with agility and comfort.

Instead I was awkward. My arms stretched to the side at times, ready to catch myself with each unseen crack and drop of the floor beneath me. My headlamp—which seemed just fine when I’d checked it above ground, was less beacon, more tealight down here.

It’s tough to prove yourself when you look as if you might land on your butt at any moment.

About a mile into the cave Don and I waited till we were alone and shut off our lights. No one else was around as we put our hands in front of our faces—totally unable to see them—and marveled at our own blindness.

Further in the tunnel—in a moment we will call Ultimate Graceful Essence—I bought it. A sideways falling with my hands smashing awkwardly onto the rocky floor, my right hip smacked the pumpkin-size rock with all my body weight and my knees scraped along the calloused surface of the lava tube.

I’m not sure which happened first, the bleeding or the swearing.

Bleeding hand with peeled back skin like chipped paint and blood mixed with dirt and stinging. My knees—bleeding—looked like a 8 year old who had fallen off their bike and wanders into the house with dripped blood down the shins. Genius. Could you pick a little less convenient place to bite it? My hip ached. For a moment I was afraid to move out of fear I had really hurt myself and moving would make it worse.

There was something a little embarrassing about having a place called Ape Caves kick my ass. Had they had a more intimidating name it might have been a point of pride for me. I wish I could have impressed people with things like….

Instead, the truth of it was The Ape Caves—named after a Boy Scout troop by the way—bullied me.

Still, there was something about it. Getting up—battle wounds still bleeding—and continuing on. There was something bold about it for me. If it hadn’t hurt so much I might have sat down on the ground and laughed about it. Those caves were a physical manifestation of the butt kicking I had taken for the last 4 years. But you get up. Why? Because really, what is the alternative? 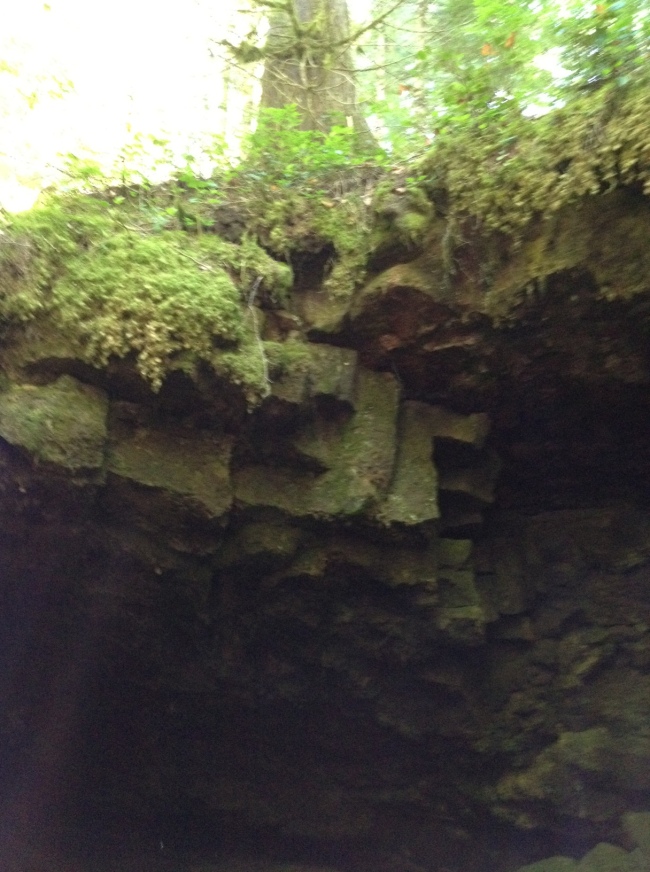